In industry, specialized devices such as photoelectric sensors are actively used, which allow the most accurate detection of an incoming object without the need for physical contact. They are used when installing various equipment, and also come in different types and differ in the principle of operation. You can choose a suitable device according to its properties, as well as take into account the situation in which such a sensor will be used.

What is a Photoelectric Sensor?

Photoelectric sensors are used in many industries to accurately detect objects without physical contact. 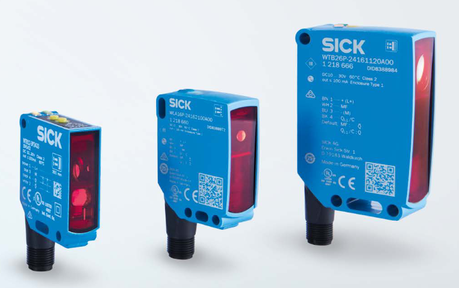 In most cases, a photoelectric sensor can be thought of as a limit switch-type device in which a beam of light performs the function of a mechanical drive or lever arm. The described devices are triggered by a change in the intensity of light, which is either reflected or delayed by the detected object (target). Changes in light intensity can be the result of the presence (or absence) of a target, or the result of a change in the size, shape, and reflectance (color of the target).

The photoelectric sensor is used to detect the target at short distances (from 20 mm.) And large (up to 150 m.). Successful detection with a photoelectric sensor requires that the object being detected causes a significant change in the light intensity level received by the sensor and that the user has a clear understanding of the detection conditions.

The main design elements of different photoelectric sensors types are:

Design features are determined by the scope and requirements of the device. Thus, sensors designed to detect temperature or light (for example, sensors that control the automatic switching on and off of lighting devices) may not be equipped with a light emitter, and some simplified models do not have lenses.

During the installation, configuration, and operation of sensors, a number of requirements and recommendations should be followed:

In addition to industrial production, photoelectric sensors are also used to perform a wide range of other tasks:

Also, photoelectric sensors are used in modern science-intensive industries (robotics and others). 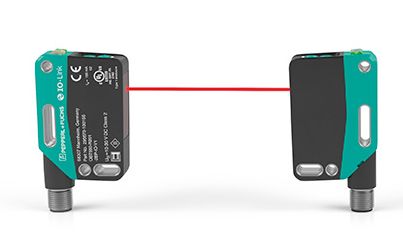 The first of three types of photoelectric sensor is a through-beam. They react to the overlap of the registered light flux when the monitored objects move or when their size changes. As a rule, they have a transmitter and receiver made in separate housings. In such sensors, the light source and the optical system form a narrow beam of light or a parallel, uniform light flux.

Overlapping the light beam of a discrete-type photosensor leads to the sensor output triggering - a discrete signal at the output (as 0 or 1). In analog-type sensors, a uniform light flux illuminates the object. In this way, it is possible to control the size of an object or a shutter that blocks part of the light flux. According to this principle, sensors in photoelectric micrometers, sensors of length, area, and deformations work.

Diffuse-type photosensors, in which the light flux hits the photocell after reflection from the controlled object, are usually made in one housing. The amount of reflected light hitting the photocell depends on the reflectivity of the object's surface (cleanliness of workmanship, presence of a reflective surface, and areas covered with paint). Such photo sensors can also be used in surface finish meters, photoelectric reflectometers, hygrometers, and so on. 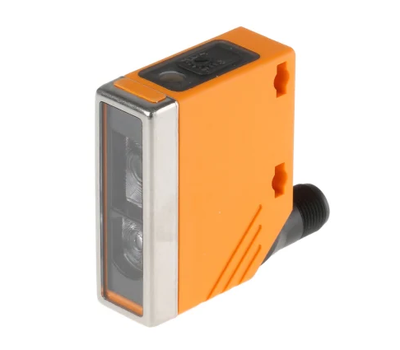 Among the sensors operating on this principle, there are those that are most sensitive to deviations in the level of the light flux in comparison with the adjustment to the object. For example, it is possible to detect a swollen cork on a bottle, incomplete filling of products in a vacuum package, and so on. For the accuracy of response in sensors of this type, the background suppression function can be used.

Here, the light flux enters the photocell after reflection from a special reflective plate (reflector). Such sensors are designed in such a way that, thanks to the polarizing filter, they perceive reflection only from the reflector. This feature helps to avoid false triggering when light is reflected from objects with a mirror surface, such as cans. There are reflectors that work on the principle of double reflection. The choice of a suitable reflector is determined by the required distance and mounting possibilities. 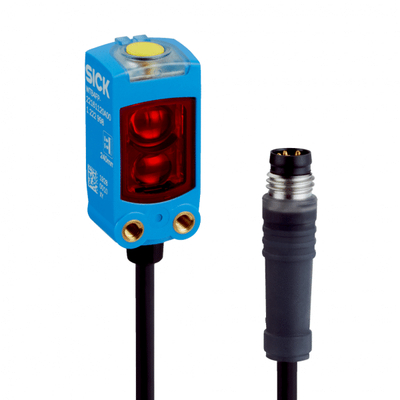 Also, in addition to the main types of photoelectric sensors, there are also combined types of devices such as diffuse reflective sensor and reflective beam sensors.

Photoelectric sensors with background suppression detect objects at a given distance within the scan area. All objects located outside the specified area do not affect the measurement results. This type of sensor is widely used in a wide variety of industries.

When using photoelectric encoders with foreground or background suppression, the scanning range is set by optical alignment.