Burkert Type 8626 Mass Flow Controller (MFC) is applicable for auditing the mass flow rate of big amount of gas. The Inline thermal sensor, which is situated at once in the gas stream, provides a very high reaction time. Flow controllers include a flow meter, an electronic module, as well as a commensurate valve. The set point is entered electronically utilization a standard signal or in the Feldbus interface. The actual value recorded by the sensor is compared with the set point in the controller. As well as, the actual value is transferred to foreign instrument via an analog electrical or Feldbus interface for exploitative monitoring or analysis. Type 8626 regulator calibration is executed for two different types of gas that the client switches. Both electrical standard analog signals and field buses are accessible as electrical interfaces. Payable to its low tenderness to defilement and a tall level of protection, the IP 8626 is applicable for operation in harsh conditions. 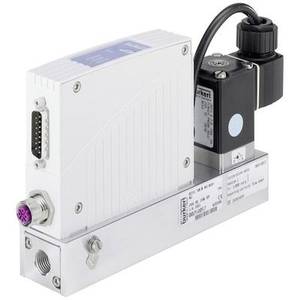