The encoder can be found in a printer, subway, airplane, streetcar, construction crane, elevator, even on an advanced garden plot as a gate opening sensor. Let's take a closer look at the product that is widely used in the automation of industrial processes. 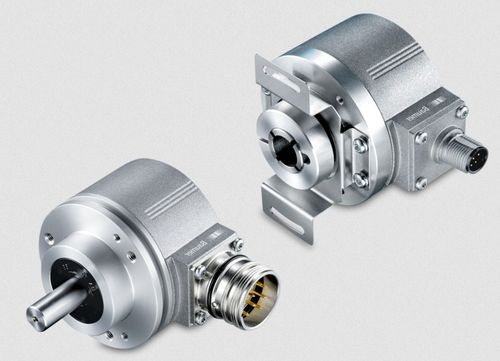 What does the word encoder mean?

Three types of encoders can be used to measure the angle of rotation: Absolute position, an incremental encoder with "1" or "0" output, and incremental sine encoder. The absolute angle encoder is based on a disk divided into several segments with different patterns. For example, there are 8 segments for a 3-bit signal.

Which encoder is the most useful

Let's take the motor as an example: The motor is of course the basis, but many control systems require that the information about the angular position of the motor is also very precise. The control algorithm loop takes the feedback signal from the position sensor to control the current in the motor at each stage of its operation. This control is based on independent control of the IGBT transistors feeding the windings of each of these phases, which results in regulation of current and therefore motor rotation.

Resolvers coupled to motors operate at high temperatures and under heavy shock loads. Place the electronic motor control circuitry away from the motor's magnetic field and interference. On the other hand, the electronic circuits for encoder signals, because of the need for shorter connections, must be placed close to the encoder, which increases the temperature of their operation.

The resolver windings (usually 6 turns in the encoder) require good insulation due to the relatively high voltage applied to the motors, usually above 300V. The resolver must also withstand high temperatures. Its feedback circuits can withstand temperatures in excess of 125C, making the resolver the preferred solution for automotive and industrial applications in the harshest environments.

The absolute position sensor continuously signals the actual rotational position of the units. Resolvers produce unique sine and cosine voltage signals at each 360 position, which is why they are absolute position sensors. A digital encoder signal, on the other hand, can be absolute or incremental. Absolute encoders send data over a serial data bus such as SSI (synchronous serial interface). The controller must communicate with the drive unit according to this protocol.

Users of powerful motors used in transport applications prefer resolver encoders in practice because vibrations and strong shocks remain under control during position detection. Their copper windings in plated transformer cores in heat-resistant steel housings are environmentally resistant. And encoders consist of optoelectronic optical glass systems in epoxy-coated plastic housings and are environmentally sensitive. Because of shock and vibration, the accuracy of encoders there is lower than that of resolvers. The transparent optical disk used in an optical encoder is susceptible to dust contamination, despite safety precautions.

To increase resistance, encoder manufacturers use plastic or metal discs and other more heat-resistant components instead of glass. Mechanical insulation, as well as dust and grease protection, are used to increase resistance to shock and vibration. Resolvers are available as separate components, rotor, and stator, making them easy to connect to units.

What are optical encoders: Working principle

How encoders work: Optical methods are quite popular in auto electronics because the principle is simple and the accuracy is better than the electrical methods. It is the underlying principles of encoder technology that ensure high accuracy, the ability to give digital information, stability, and noise immunity. It is an optical technology that offers several classic ways to build an encoder, a sensor that provides information about movement, position, or direction, either directly in digital form, or by generating a train of pulses that can be digitized to create a digital optical encoder. 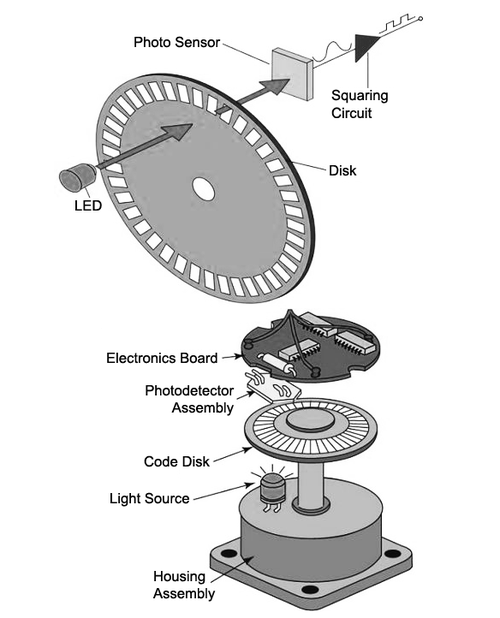 You can find full catalog of Baumer encoders, Eltra, Sick, Pepperl+Fuchs, Siermens and other brands at our web store. We provide the best prices and customer support.