Proximity sensors are detectors that convert a physical quantity into a signal. Powered primarily by infrared filters, there are several types available for different purposes, all deployed in different areas. 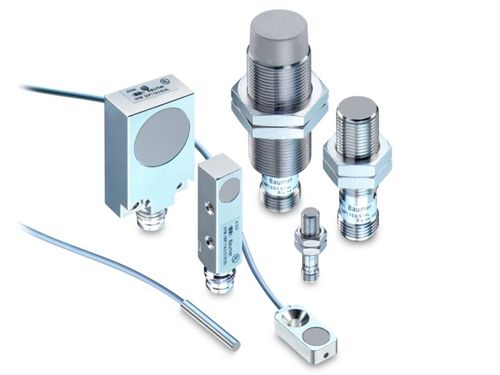 How Do Proximity Sensors Work?

Proximity sensors are devices that detect nearby objects even if there was no physical contact between the sensor and the object in question. Let's find out how is inductive sensor working.

The detector will send a signal as long as the object in question is in a certain proximity. Proximity sensors also function by converting information about the movement or presence of an object into an electrical signal, known as proximity sensors.

Let's first get acquainted with what an inductive proximity switch looks like.

As ferrous metal approaches the proximity sensor, the more magnetized the metal is, the more energy is absorbed by the high-frequency magnetic field. This causes a load on the oscillatory circuit inside

When non-ferrous metals (such as aluminum, copper, etc.) are near the inductive proximity switch, they do not absorb the energy of the high-frequency magnetic field. Conversely, such metals can also increase the frequency of the oscillatory circuit inside the proximity sensor. The internal detection circuit also detects this change, which changes the state of the output by changing the proximity switch signal value from 0 to 1.

Let's look at the inductive sensor working principle. Capacitive and inductive sensors are able to detect the presence of an object without direct contact with it. At the same time, inductive switches are sensitive only to metal objects, while capacitive ones are able to detect any objects whose dielectric constant is different from the air (for example, water, wood, metal, plastic, and so on). Consider the principle of operation of each sensor separately. 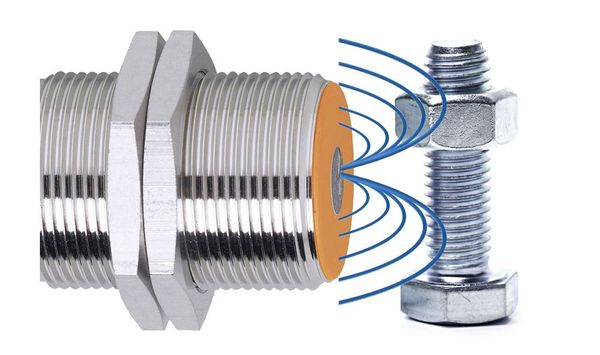 The main element of an inductive sensor is an inductor. It is connected to a generator. An alternating electrical voltage at its terminals causes an alternating magnetic field. The field lines will be perpendicular to the direction of the current in the turns of the coil.

In the absence of metal objects near the coil, the magnetic field lines are closed through the air. And the amplitude of electrical oscillations will be maximum.

If a metal object is brought closer to the coil, then an increasing part of the lines of force will begin to close through it. The inductance of the coil will begin to increase. This process is similar to the core insertion process. In this case, an increase in inductance will lead to a decrease in the amplitude and/or frequency of oscillations.

If such a system is equipped with a detector, then by changing the signal amplitude one can judge the presence of a metal object, its approach, or removal.

The operation of a capacitive sensor, as the name implies, is based on the use of capacitive couplings. The sensor itself, in fact, is one of the plates of a spatial capacitor. The second layer is the earth. The dielectric is predominantly air. Since the dielectric constant of air is small, the capacitance of such a capacitor is small. If some object with a higher value begins to approach the sensor, then the total capacitance will begin to increase.

Most popular types of proximity sensors are inductive and capacitive ones. 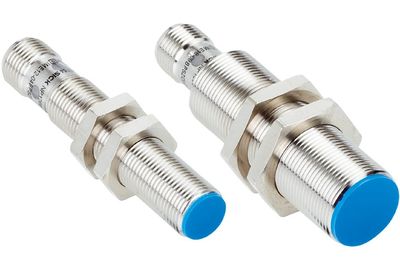 Inductive type proximity sensors generate an output signal or electrical signals as soon as a metal object enters or near its detection zone from any specified direction. The metal objects that can be detected include iron, aluminum, brass, copper, and so on. Each of them can be detected at different detection distances.

For these types of sensors, flat targets are preferred, and targets that are larger than the sensing surface may increase the detection distance.

Next, we will understand what capacitive proximity sensors are. These proximity sensors can detect metals, but they can also detect resins, powders, liquids, etc. The way this sensor works may vary depending on the coating material, cable length, and noise sensitivity. The detection distance may also vary depending on factors such as temperature, the object to be detected, the surroundings of the object, and the distance between the sensors. The maximum operating range is 25mm.

Inductive sensors have proven themselves for many years as a reliable and durable tool for monitoring the presence of an object, and are used in a large number of technological and industrial processes in enterprises around the world.

Among the advantages of inductive proximity sensor it is worth highlighting:

Of the few disadvantages of inductive sensors, the main one is the dependence of the accuracy of the sensor on voltage, which necessitates a stable power supply. In addition, as in the case of any other electrical equipment, various factors can provoke a number of errors in the operation of inductive sensors: 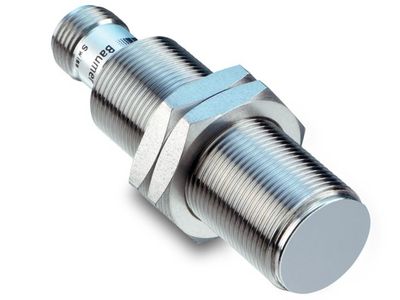 The fields of application of inductive sensors are practically unlimited. The main ones should include:

The high degree of protection of most inductive sensors allows them to be used in the most difficult conditions, including outdoors, and various special designs provide applicability in metallurgy, hydraulics, and the food industry.