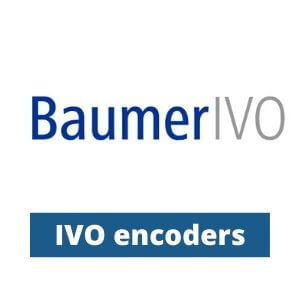 What is Baumer IVO? About Company

Baumer IVO is one of the 14 members of the Baumer Group. Two German entrepreneurs Christian Irion and Johannes Vosseler founded the firm «Irion & Vosseler», which later became called IVO GmbH & Co. KG, in 1910 in Villingen-Schwenningen (Germany). The company began with production of counters and quickly developed into a concern that specialized in production of position sensors.

Later IVO GmbH joined Baumer AG (founded in 1952). Now the main products of the company are:

The German company has representative offices in more than 33 countries. A wide network of Baumer IVO GmbH distributors expands this list worldwide.

As noted above, IVO villingen-schwenningen produces a wide range of various equipment. One of the priority directions of the manufacturer is encoders. The manufacturer made dozens of incremental and absolute series.

Maximum resolution in its equipment reaches up to 80,000 ppr. Encoders are available with several shaft types:

Shafts and bores are produced in the range from 4 to 60 mm. The highest value of a shaft rotation speed in presented categories reaches up to 18000 rpm.

Let`s look at incremental and absolute encoder categories in detail. You can also read about Edge sensors by Baumer.

The incremental encoder line consists mainly of units with optical sensing. Their work is based on the three-channel type of outgoing signals. 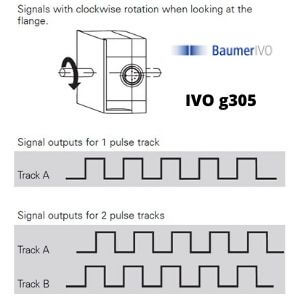 Let's look at the main characteristics of the most popular series.

Ivo encoder gi355 and gi356 has an incremental operating principle and IP 54 or IP65 protection level. Its connection is provided by means of clamping flange 10 mm in GI355 and servo flange 6 mm in GI356 series. The maximum resolution of these models is up to 6000 ppr at 10,000 rpm.

Optimal temperature for operation of the device is up to 100 °C with an operating voltage of 5 VDC and 85 degrees at 4 ... 30 VDC. Several versions of interfaces such as RS422, push-pull and Line driver are available for operation. 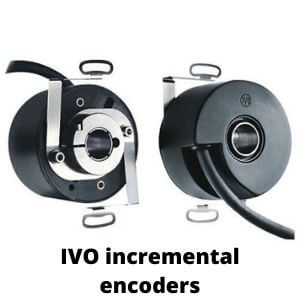 Ivo encoder gi 330, gi 331, gi 332, and gi 333 are series of standard incremental sensors with hollow shaft or end shaft with a diameter of 12 mm. Device body and flanges are made of aluminum. Its main difference between the models is the diameter and shaft’s type.

Baumer IVO encoder 330 has a shaft of Ø 12 mm and a depth up to 22 mm with central mounting. IVO encoder 331 has grub screw connection and shaft diameter equal to the previous one. IVO 332 has two versions of the shaft Ø10 mm and Ø12 with clamping ring mechanical connection. IVO gi333 is equipped with hollow shaft of 10 mm or 12 mm and with clamping flange on lateral housing.

Ivo encoder g305 is a sensor for simple tasks and has a resolution of 120 ppr with speed up to 6000 rpm. It has two variants of shaft location: protruding on one or both sides. This unit can be mounted both axially and radially. Manufacturer also produces additional parts such as connector with or without cable (2 m, 5 m, and 10 m). Power supply of the device is in the range from 10 to 30 V DC. The protection level depending on the selected model is in the range from IP30 to IP52. The main electrical interface type is Push-pull.

Absolute sensors detect the shaft offset by the absolute value. This means that each position has a unique mark. That is, equipment of this type does not require start points.

Baumer IVO GXP1W encoder is multiturn device with parallel interface. That device makes optical sensing with both singleturn and multiturn resolution up to 12 bit. A solid hollow shaft with clamping or synchro flange is used as mechanical connection. A user can select encoder resolution, code and preset via Windows software. Its main programming interface is RS232.

Baumer IVO GXP2W encoder is a multiturn unit with SSI interface. Such equipment operates with a resolution from 1 to 8192 ppr. It uses both gray and binary codes. The main advantages of such model are self-diagnostic options, programmable electronic preset and available incremental signals. Mechanical connection is carried out by solid shaft with clamping or servo flange. Its optimal operation voltage is in the range of 10…30 VDC.

Baumer IVO GXAMW and GXMMW is a line of absolute optical encoders. The main feature of this family is the availability of models with different interfaces: Profibus DP, CAN, CANopen, DeviceNet, and SSI. Series gxamw including singleturn encoders and gxmmw is a multiturn one. The singleturn resolution is up to 13 bit here and the multiturn is up to 29 bit. The user can set its operating modes. Its preset value and scaling are also parameterizable. These devices are working with supply voltage 10 … 30 VDC. 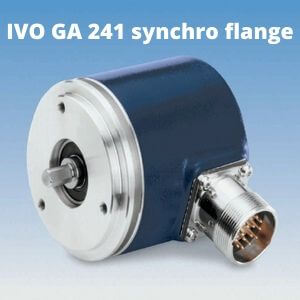 Baumer IVO GA 210/211 are absolute singleturn encoders with 10 parallel outputs. The main difference between models is in mechanical connection options. Ga210 model has clamping flange and Ga211 has a servo one. Both devices operate with 10-bit resolution and make 1024 steps per revolution. They work with both binary and gray codes. Electronic zero-point-setting function is available here. Voltage supply in presented series is from 10 to 30 VDC.

Baumer IVO GA240 and GA241 are singleturn encoders with 13 parallel outputs. Ga240 models have a clamping flange (10 mm) and ga241 ones have a synchro flange (6 mm). Both series have different variants with enclosure rating IP 54 or IP65. The main features of such equipment are self-diagnostic function, high code-switching speed 800 kHz and available electronic zero points. Operation voltage here is in the range from 10 to 30 VDC.

Baumer IVO GM400 and GM401 are absolute multiturn encoders with Synchronous Serial Interface (SSI). Gm400 series have a clamping flange as a mechanical connection and the gm401 line has a synchro one. The main advantages of such series are similar to previous ones, but presented devices have 25-bit total resolution and are only available in multiturn versions.

In this overview, we have reviewed the brief technical specifications of the most popular Baumer IVO encoder series. For a list of other equally popular series, check out our Baumer encoders catalog.

Eltra Trade s.r.o. is the friendliest distributor and it is very convenient to work with us. Call now!