Burkert fluid control systems is a complete line of sensors for analyze the physical and chemical liquids characteristics.

In numerous production processes, there is a need to control the different properties of the working fluid. For such purposes, special devices have been created to track the necessary parameters of the working substance. 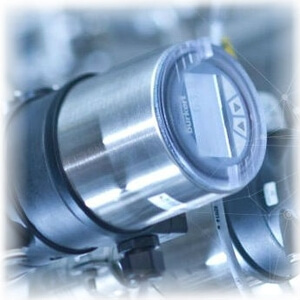 Burkert manufactures the following types of sensors for water analysis:

These devices may greatly improve work quality in highly demanding industries such as food or pharmaceutical.

The pH parameter is a digital indication of the level of acidity and alkalinity of a substance and balance between them. ORP (Oxidation-Reduction Potential) is the redox potential of a substance. This parameter shows how much the current fluid can oxidize or restore oxygen level in another one.

The company produces the following types of sensors and controllers for pH / ORP analysis:

Burkert type 8201 is a sensor for measuring the level of acid-base balance using a ph electrode. It is intended for the food industry with special requirements for hygiene.

Burkert type 8202 is capable of measuring pH and ORP in liquids thanks to the PG 13.5 pH / ORP probes integrated in the system. In such device user can set parameters that need to be tracked during working or diagnostics processes.

Burkert type MS01 and MS04 are multi-channel sensor units, the first one is for determining the pH parameter, and the second is for measuring the ORP value.

Such analyzers are created to track and analyze the concentration of chlorine in liquids. They are often used when working with drinking or seawater. Devices can determine the presence of the substance even at its very low concentration in a liquid.

The concentration of chlorine in the fluid can be determined using the following Burkert sensors:

Type 8232 is a special analyzer designed specifically for analyzing the concentration of free chlorine particles in a solution. A special Trace sensor is installed in the design, which have three electrodes.

Type MS02 is a special multifunctional unit that can detect not only chlorine level, but also dioxide concentration (CIO2) using MEMS technology.

Devices of this type are designed to analyze the conductivity of a substance inductively or using electrodes.

The series includes the following sensors:

Type 8220 is a standard sensor that measures the medium conductivity.

Type 8221 is a conductivity meter that can work in conditions with high hygienic requirements.

Type 8222 is also a versatile conductivity meter that can operate in different temperature ranges due to several built-in sensors.

Type 8228 is an inductive conductivity meter. It's suitable for working with density liquids. The device may directly connect to the software logic controller.

Type MS03 is a multifunctional unit. It has several functions and one of them is determine the electrical conductivity of a substance.

Turbidity analyzers are used to determine concentration of organic and inorganic particles in liquids. This indicator is quite significant in the industrial sectors which working with drinking water. It’s dangerous, because a large concentration of impurities can make it difficult to disinfect water from microorganisms using ultraviolet radiation.

To measure turbidity in liquids, Burkert released the Type MS05 unit. The device is compatible with most modern computer buses. This may simplify transfer data.

To take measurements, such unit only needs a small amount of sample liquid. The sensor unit is fully certified according to DIN EN ISO 7027.

Multichannel systems are an assembly of several sensors for better and wider analysis. They divided into control units and systems for specialized measurements. 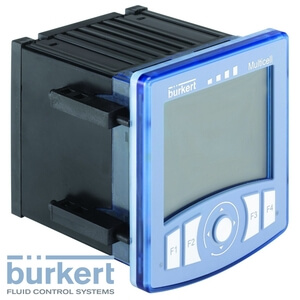 Type 8619 multiCELL is a converter and controller in a single package. It may work with all liquid analyzers produced by the concern. Its simple usage is provided by a built-in display and compatibility with Ethernet protocols.

Type 8905 is a device designed to perform remote water analysis. This function is provided due to the ability of working with the most popular bus-systems.

Type ME2X is designed to operate as a central system control unit. Devices of this series can be installed in a system with Ethernet using the own Burkert or CanOpen system bus. The main models feature is User-f (x) function, which allows the user to make corrections via programming.

Burkert provided the market with a wide range of devices for analyzing the basic physical and chemical parameters of liquid media. On our website eltra-trade.com you can find all presented analyzers of liquids of various brands.