What is a rotary encoder. Types and definition

When considering industrial encoders, it is necessary to mention their type that is a rotary encoder. We decided in Eltra-Trade, to dwell deeper into its definition, functions and area of use. So let's start with the basic definition of the term “rotary encoder”.

What is a Rotary Encoder? 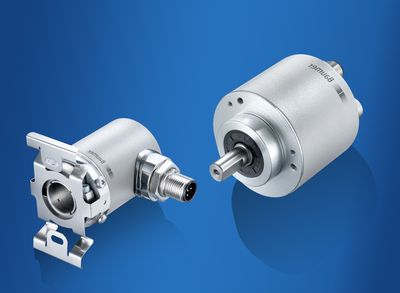 There are several synonyms for the term “rotary encoder”. You can meet in technical documentation it is named a shaft encoder or just an encoder. But all these terms mean one-and-only device. What is a rotary encoder?

The name “encoder” refers to the basic function of the item that is to encode angular positions or linear moves into analog or digital signals that further could be used by industrial systems and their operators. In general, the principle of operation of an encoder is to convert mechanical movement into electrical signals. So if you are asked what does encoder mean, you can easily answer the question that this is a device that is used for encoding angular or linear movement into signals.

Rotary encoders have a rich and varied history. At first glance, a simple task - counting pulses to determine the angle of rotation of the shaft, created a lot of original solutions, formed many types of design solutions in order to increase the accuracy and reliability of signal reading. Complex algorithms for error correction have been developed.

Encoders have been developed in different countries by different groups of scientists. The history of the creation of encoders has more than 50 years of development. The first encoders appeared in the early 1960s.

The Construction of a Rotary Encoder at a Glance

As there are lots of various types of rotary encoders, we provide you with a schematic overview of its basic construction. Almost every rotary encoder consists of:

Besides, it is necessary to know that all rotary encoders are divided into several types due to their working principle, construction peculiarities and type of signal provided.

Types of Encoders for Motors

First of all, let's provide you with the simplest classification of rotary encoders due to their signal type.

Then we come to the construction peculiarities of rotary encoders. Types of encoders for motors can be either optical, resistor or magnetic and can be operated via bus interfaces or Fieldbus.

And the most important classification of rotary encoders types is their working principle. Here we have three big types that are the following:

Let's get through all of them.

What Is an Incremental Encoder?

An incremental encoder (aka a step encoder) consists of the following components: a light source, a disc with labels, a phototransistor assembly, and a signal processing circuit. The step encoder disc is subdivided into precisely positioned marks. The number of marks determines the number of pulses per revolution. For example, if the disk is divided into 1000 marks, then in 250 pulses the shaft should rotate 90 degrees. 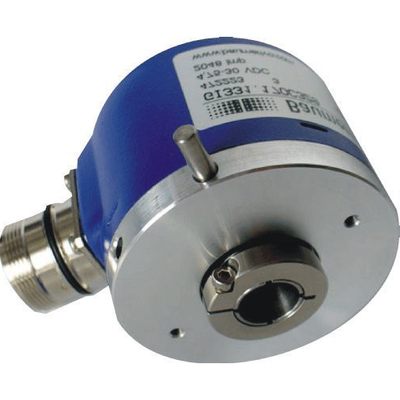 Incremental encoders are available in optical, magnetic, mechanical versions.  Regardless of the principle of the device, all incremental encoders at the output generate 2 lines (A and B) with pulses offset from each other. It is by the displacement of the pulses that one can judge the direction of rotation. And by the number of impulses, we can get information about the angle of rotation.

What Is an Absolute Encoder?

The absolute encoder solves the problems of positioning, regulation and synchronization of the rotating parts of the device. The ability of absolute encoders to display information about the angle of rotation of the shaft at any time has made them an important link in the control of speed and position of mechanisms. 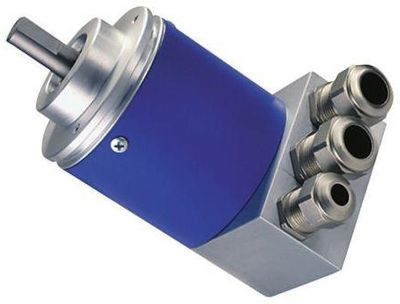 In general terms, an absolute encoder is a mechanism consisting of a shaft, an element that encodes the position of the shaft and a reader.

Thanks to its construction, the absolute encoder can show information about the position of the shaft of the machine part both during rotation and at rest. Each position of the encoder shaft corresponds to a strictly defined optical or magnetic code, which is converted into a signal.

According to the principle of operation, absolute encoders are magnetic and optical.

What Is a Linear Encoder?

Besides angular moves, encoders can be of use for encoding linear moves of a mechanism. Their working principle differs from both absolute and incremental encoders intended for angular measurements. First of all, a linear encoder is used for controlling the moves, positions and speed of an object that moves by linear axes. 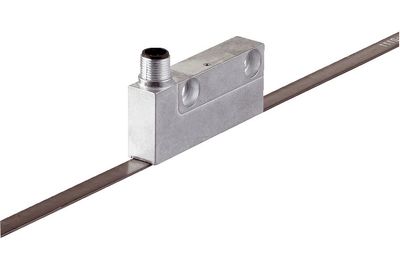 What Is an Encoder Used for?

There are lots of areas where a rotary encoder can be used. For example, a linear encoder is used in woodworking, metalworking equipment, conveyors, grain storage, linear motors. They can be mounted directly on a prepared surface or on special substrates.

As for incremental and absolute encoders, their area of use is even wider:

If you are looking for a reliable encoder both for angular and linear positioning, in Eltra-Trade you'll find it. We can offer you wide range of encoder brands such as Eltra encoder, Baumer Encoder, P+F Encoder, Sick Encoder and other